At Championship outfit Reading, Tom Dele-Bashiru scored and nearly grabbed a brace in the Royals’ 3-2 win against Swansea City on Saturday.

Jamie Paterson gave the Swans an early lead, but Dele-Bashiru’s skill and technique from the left flank produced an equaliser just a minute later. The Nigeria youth international received possession from teammate Jonathan Swift, cutting inside on his right foot in the 18-yard-box before slotting home at the near post.

The promising midfielder was perhaps unfortunate not to etch his name on the scoresheet a second time, and in scintillating fashion. Again from the left flank, the 22-year-old battled his way into the box and fired a dangerous shot across goal that rattled off the post, and back for Danny Drinkwater to rebound in.

Dele-Bashiru played the full 90 minutes as he continues his development at the Royals. The knee injury that ruled him out of action last season appears to be well behind him, and he has proven to be a stand-out performer in the second tier. 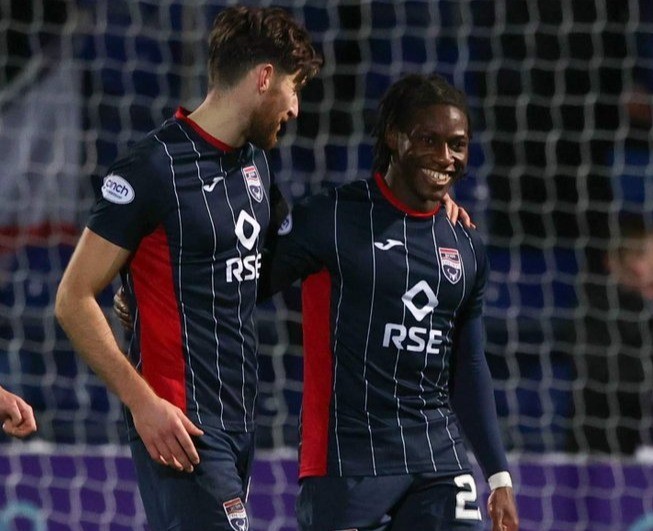 In Scotland, Joseph Hungbo’s last-minute free-kick saw Ross County salvage a point against Dundee United. The winger, who made six appearances last season for the Hornets, is in inspired form in the Highlands, with two goals in four games.

With Dundee United 1-0 ahead, and Hungbo’s set-piece potentially the last kick of the game, the 21-year-old bended his effort goalwards. Initially, it appeared to have gone all the way in, and Hungbo was mobbed by teammates and supporters. It turned out that the ball had been turned in by defender Jack Baldwin, but Hungbo had nevertheless made a crucial contribution to his side gaining a point.