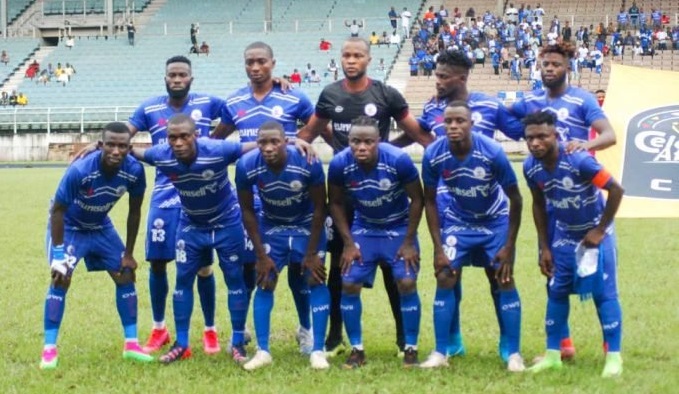 Nigeria’s Rivers United FC have revealed in a statement that they have been receiving many threats from Al Masry fans ahead of their clash in the CAF Confederation Cup.

Al Masry suffered a 2-1 defeat to Nigeria’s Rivers United at the Enyimba International Stadium in the first leg of the CAF Confederation Cup playoffs.

Al Masry vice president Mohamed El-Kholy revealed after the game that they would be filing a complaint against The Pride of Rivers for the poor treatment they received during their stay in Nigeria.

As they prepare to travel to Egypt to face the Port Said giants this Sunday, 5 December, Rivers United revealed in an official statement that many of the club’s delegation were denied visas in an attempt to destabilize the team before the encounter.

Attached to the statement is also a number of pictures of death threats from the Al Masry fans on social media, with pictures of weapons such as knives and machetes.

Additionally, they claim that they were informed that Covid-19 tests will be manipulated in order to further weaken the team.

As a result, Rivers United have decided to contact the Confederation of African Football and the Foreign Affairs Commission and the Nigerian Embassy in Egypt to inform them of the situation.

Enyimba Targets Tornadoes For Back To Back Win