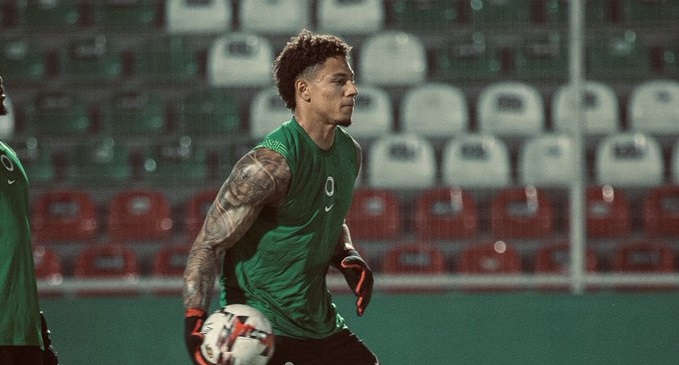 Maduka Okoye is confident the Super Eagles will qualify for the Qatar 2022 FIFA World Cup next year.

Nigeria is already in the final playoff rounds of the World Cup qualifying series after finishing top of their group ahead of Cape Verde, Liberia, and the Central African Republic.

The Sparta Rotterdam goalkeeper told ESPN that the team will rise to the occasion when the chips are down, despite their not-too-convincing performances over the six group games, which sparked calls for the sacking of head coach Gernot Rohr.

“I am very sure because one thing I learned is that when it really comes to the point where we have to, we are going to do everything to get the win.”