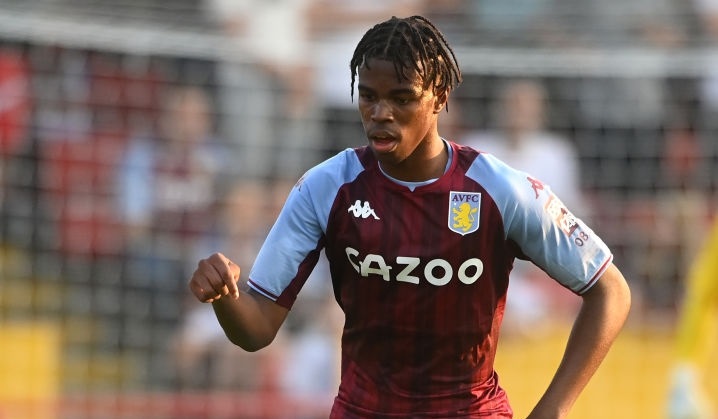 Aston Villa of England coach, Steven Gerrard has predicted that the club’s Nigerian-born player, Carney Chukwuemeka will learn from the disappointment he got against Manchester City and become a better player.

Gerrard admitted he felt the pain Chukwuemeka faced on Wednesday, when his goal bound effort was stopped by Man City’s goalkeeper, Ederson.

Villa went on to lose the game 2-1 at home, and Gerrard admitted it could have been a different tale to tell had Chukwuemeka been able to get his name on the scorers’ cards.

It was also Gerrard’s first defeat since taking over the saddle at Villa Park, but the former Liverpool of England battling midfielder is not thinking about his personal loss any longer.

The former England international, who was until recent the head coach at Glasgow Rangers of Scotland, recounted how the 18-year-old Chukwuemeka got close to scoring 15 minutes to the end.

That came after he went on as a 67th minute substitute and, though Gerrard admitted it was a painful evening at Villa Park, he reasoned that it offered Chukwuemeka another time to learn.

Gerrard submitted: “The young kid comes on and his big moment comes. Keeper makes a big save, but he will learn from that.”

FIFA Appoints Officials For Brazil 2019, No Nigerian Ref. On List