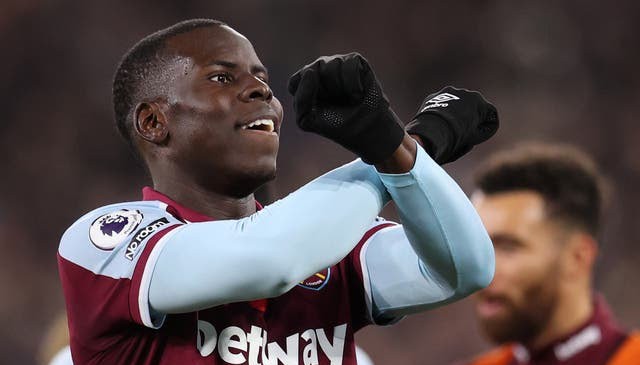 West Ham defender, Kurt Zouma, has said they can make former club Chelsea suffer when they meet in a London Derby on Saturday.

David Moyes’ side is looking to end a run of three games without a win against the Premier League leaders.

Zouma left Stamford Bridge to join the Hammers in a £29.8 million deal in the summer, after seven years and 151 appearances for Chelsea.

The Frenchman has made an impressive start in East London but expects a tough afternoon against Thomas Tuchel’s men.

“It will feel special in a way because I’ve been there for so many years.

“I want to beat Chelsea because I want to beat everybody. I play for West Ham now and I’m very happy to be here. It’s going to be a tough game as we know they have a lot of strength, but we have to use our strength to make them suffer,” Zouma told club’s website.

West Ham remains in the top four despite a run of two defeats and a draw over their past three league games and sits seven points off Liverpool in third and nine behind Thomas Tuchel’s Blues.

Guardiola Warns Man City ‘To Be Careful’ Against Dennis, Others

Rohr: Why I Make Late Substitutions During Matches