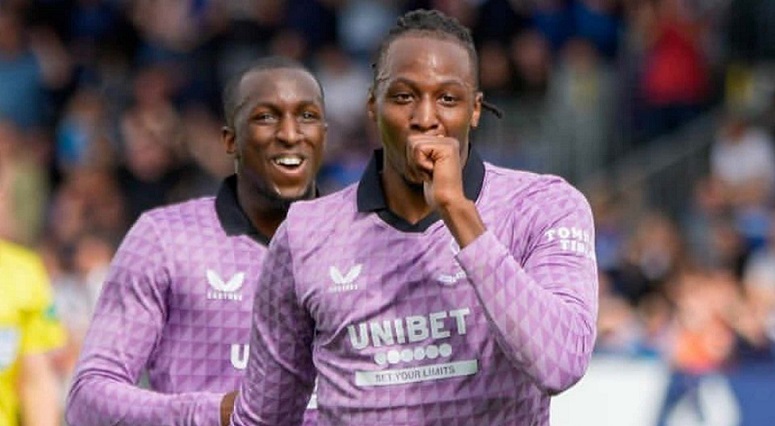 Joe Aribo is going from strength to strength and it was another excellent performance by the Gers hatchet man to down the hapless Dundee in a Scottish Premiership match on Saturday.

The Nigerian midfielder’s deflected strike in the 36th minute gave Glasgow Rangers a deserved interval lead and only sterling work by Dens Park keeper Adam Legzdins kept the Taysiders in the game.

However, visiting defender Ryan Sweeney put a cross from Aribo into his own goal in the 55th minute before striker Alfredo Morelos scored a third in the 70th minute of arguably Rangers’ best league performance of the season.

Joe Aribo is the only man to have started every one of Rangers’ 16 league fixtures so far this season.

And it’s not just consistency of selection he’s pulling off right now.

The Nigeria international has been the stand out performer in their Light Blues squad, backing up big displays one after the other and he is wanted by three Premier League clubs in the England

The league leaders moved seven points ahead of Celtic who get the chance to reduce the lead at Dundee United on Sunday.