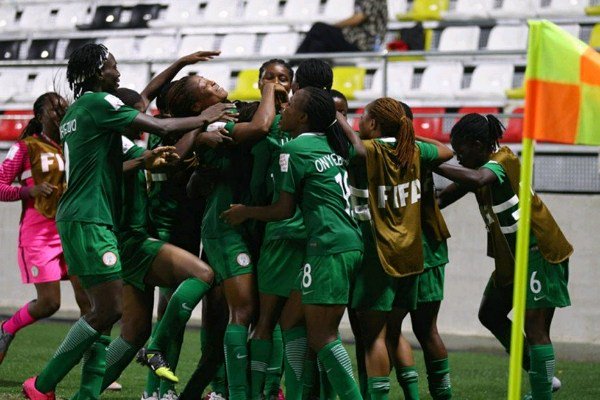 Member of the NFF Executive Committee and FIFA Match Commissioner, Alhaji Babagana Kalli led the contingent of 23 players and officials into the Congolese capital about mid-day on Friday, aboard an Ethiopia Airline flight from Addis Ababa. The delegation is quartered at the Hotel Saint Francois de Paula in Brazzaville.

Officials confirmed that the Falconets, two-time runners-up at the FIFA U20 Women’s World Cup and one-time semi finalists, will have the official training at the match venue on Saturday evening.

To reach this stage, the Falconets walloped their counterparts from the Central African Republic 11-0 on aggregate, while Congo’s U20 Girls prevailed 4-2 over Egypt on aggregate.

This is the penultimate round of the African qualification series. The winner on aggregate in this fixture will proceed to the ultimate round scheduled for next month, where three teams will emerge to fly Africa’s flag at the FIFA U20 Women’s World Cup to be hosted by Costa Rica in August 2022.

I am inspired by Sadio Mane—Victor Osimhen