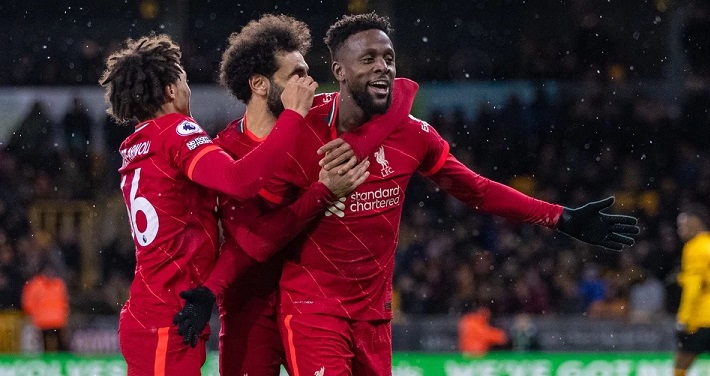 With seconds remaining, Origi latched on to a Mohamed Salah pass, smashing the ball beyond Jose Sa in the Wolves goal.

Klopp then told BBC Radio 5 Live he thought Origi “was a legend”, saying he hoped “people will write books about him”, acknowledging his cult hero status at Anfield.

The win meant Liverpool leapfrogged leaders Chelsea, who lost 3-2 to West Ham in Saturday’s early kick-off, although they will drop down to second if Manchester City beat Watford in the 17:30 GMT match.

Defeat was cruel on Wolves, who had defended heroically for 94 minutes and were 60 seconds away from becoming the first team to stop Liverpool scoring this season.
BBC Sport