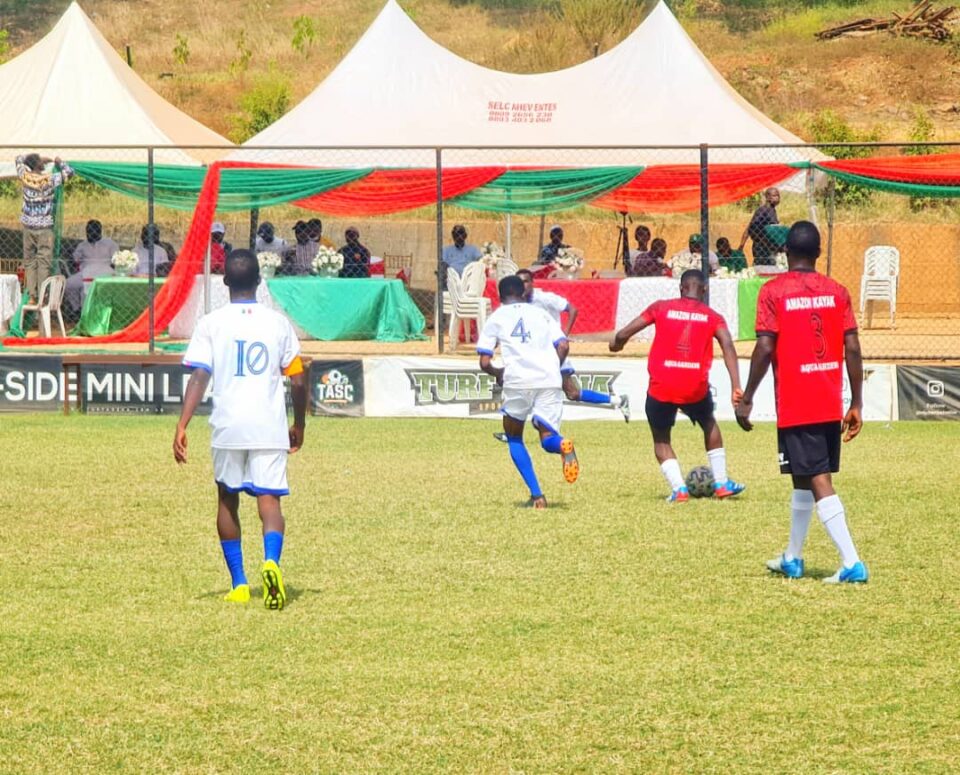 Mailantraki Care Football Academy were the better side in one of the biggest fixtures in the ongoing Dreamland Embassy of Hungary scouting tournament holding at the Abuja’s sports center Turf Arena.

Shamsudeen Ibrahim, Zangina Attahiru and Ayuba Bahaguwa were on targets in the game dominated by the Mailantarki lads on the beautiful Sunday morning.

The boys showed much character coupled with a huge display of football artistry across flanks with Sadiq Abdullahi and Shamsudeen Ibrahim the major architects.

Moment after the boys from Zaria set their eyes on our goal from distance, a bright swift response from the boys in red and black saw overlapping Sani Shuaibu’s cross locked by Kamacha’s defense which fell kindly for Shamsudeen Ibrahim, the winger made no mistake from close range to open the scoring and the only goal of the first entertaining half.

Just like the first half, the Coach Sule Garba’s side continued with their dominance and they could have extended their lead 2 minutes after the restart when forward Zangina Attahiru header from close range went just wide of the far post off Salisu Danga’s loofted cross from the left flank.

Just 2 minutes after, Zangina got his goal as his individual effort saw him past two of his markers before sending Kamacha’s goalie the wrong way with a fine left footed curling effort at the far post.

The only closest effort from opponent was produced by Chidi after he guided his header goalwards from a well taken corner just for our shot-stopper Abdullahi Usman to parried away for safety three minutes before the half-hour mark.

Mailantarki boys put the game to bed after Shamsudeen Ibrahim lost possession from a block to the part of awaiting Sani Bahaguwa who slotted home from a tight angle to complete the route over the Zaria boys.

How Important Is Alex Iwobi To Arsenal Following New Signings?