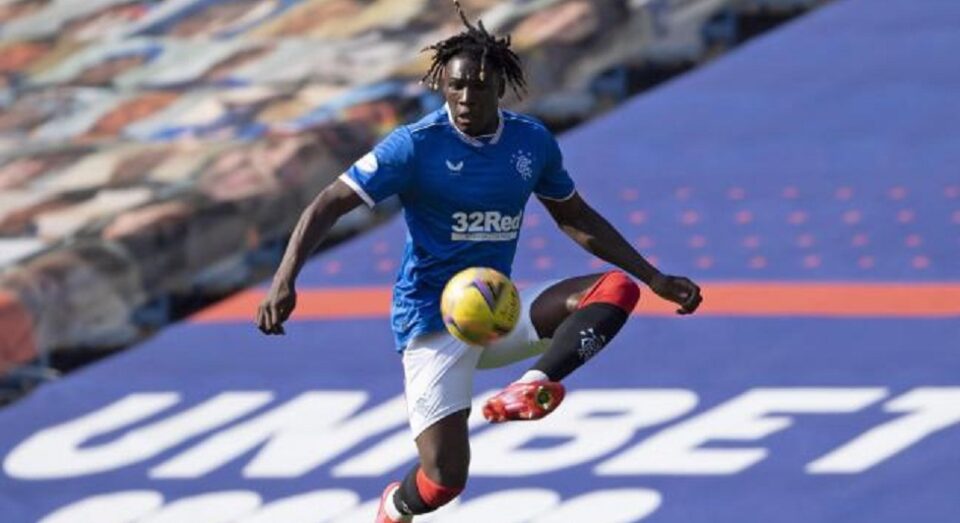 Glasgow Rangers of Scotland defender, Calvin Basset is set to get a starting shirt for The Gers in Thursday’s UEFA Europa League fixture against Olympique Lyon of France, megasportsarena.com reports.

The fast-rising youngster, who was invited o the Super Eagles’ camp for their World Cup qualifiers against Central African Republic has been growing in leaps and bounds of recent.

He will now get the chance to prove his mettle once again on Thursday, as Rangers’ coach, Giovanni van Bronckhorst promised to give some of his fringe players opportunities in the game.

Bassey will now wait with great expectations heading into the game, after the Dutch tactician declared that he wants to see some of the other lads perform in the fixture.

Although Rangers lost the first leg at home, Van Bronckhorst is not thinking of vengeance in Thursday’s away fixture, as the gaffer heads into their final Europa League group game in Lyon.

The Ibrox side, who will be without Leon Aderemi Balogun for the game, have already secured second place in Group A behind their French opponents, meaning the match in Lyon is effectively meaningless.

Consequently, Van Bronckhorst is ready to give minutes to some players that not see enough match time and have been struggling to get into the main squad, with Bassey ranking high among the lot.

Van Bronckhorst stated: “One of the downsides of being a coach with a big squad with good players is always having to disappoint players every game.

“That’s something that isn’t easy to do, so when you have the chance to give those players a chance to play it’s always good, it’s a nice feeling.

“Some players haven’t played much over the last few weeks but they’ve given everything in training and their mentality is really good.”

FOOTBALLER MADE OF MORE MEETS FANS MADE OF MORE: FERDINAND JOINS FOOTBALL FANS FOR EPL SCREENING

FIFA To Showcase “Heroes: Centuries of Women’s Football” In France