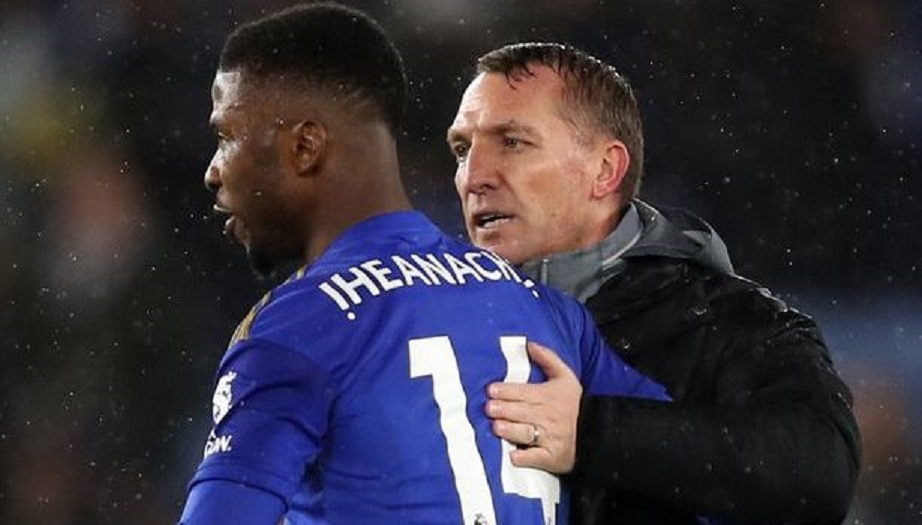 Leicester City of England attacker, Kelechi Iheanacho has received a morale-boosting assurance from the club’s coach, Brendan Rodgers about a return to regular playing time with The Foxes in the coming days, sportsdayonline.com reports.

With the UAE 2013 FIFA U-17 World Cup most valuable player have been reduced to bit part roles once again, the last of which was just two minutes of action last in the past weekend, Nigerian fans have been worried.

They recall how a similar scenario prevented the former Manchester City whiz-kid from being part of the Super Eagles’ squad to the past Africa Cup of Nations in Egypt and, with another showpiece looming next month in Cameroon, anxiety is building with each passing game.

However, to douse all those worries and revive the player’s mood, Rodgers has now assured that ‘Kels’ would get his chance to feature over the busy period of the looming weeks, thereby giving fresh hope to The Foxes’ hero last season.

Scoring 19 goals in all competitions and helping The Foxes win the English FA Cup earned ‘Kels’ the club’s top-scorer’s prize, while his wonder strike against Crystal Palace in April ended up as their goal of the season, but he is facing a downturn of fortune this term.

Nonetheless, in spite of limited game time coming his way, though, ‘Seniorman’ has plundered three goals and five assists, averaging decisive involvement every 104 minutes, which he may now get the chance to increase, following the soothing words from Rodgers.

“He’s training well, he’s a great professional, Kels, and he knows he’s going to feature over the course of this period at some point. I think we’ve said it before: he’s best in a two, that’s clear, that’s when he’s been really good,” Rodgers told Leicester Mercury.