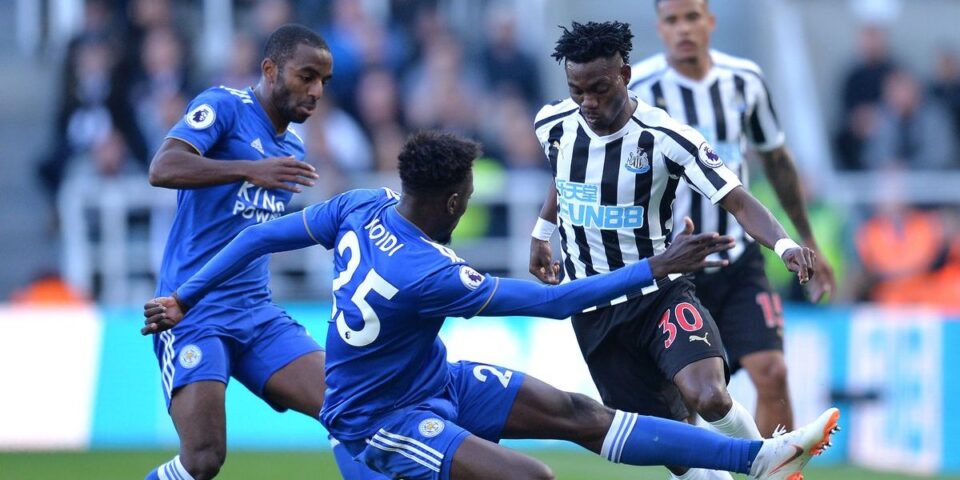 Leicester City of England midfielder, Wilfred Onyinyen Ndidi has gained huge levels of accolades from the English Premier League club’s coach, Brendan Rodgers for his sterling performance as a centre back against Newcastle United, sportsdayonline.com reports.

Ndidi held his own for the duration of the game at King Power Stadium, after moving from midfield to central defence, following an injury copped by a teammate, and the Super Eagles’ star’s performance left Rodgers further in awe.

The Foxes’ coach admitted that he seldom asks Ndidi to play from the heart of defence, but acknowledged the zeal, determination and commitment with which the former Nath Boys of Lagos and Racing Genk of Belgium ace takes to every role he is asked to play.

However, the gaffer added that it is not just about good attitude and character from Ndidi, as the central-defender-turned-holding-midfielder also showed great technical and tactical depth, which Rodgers ended up noting and commending.

The gaffer admitted he was awed anew with Ndidi’s mobility, strength, aerial prowess and ability to stay focused all through the encounter, which ended with The Foxes notching yet another clean sheet at home.

Leicester’s 4-0 win on the evening also put them in strong contention for another top-six finish this season in the EPL, much to the delight of Rodgers, as the former Southampton and Liverpool coach keeps looking up to Ndidi and his pals to roll out better results as the days go by.

Rodgers posited: “Wilf, going back in there, even though he hasn’t played it so much, I know he’s a player who gives everything in that position and he’s dominant in the air. Wilf was exceptional when he came in.”