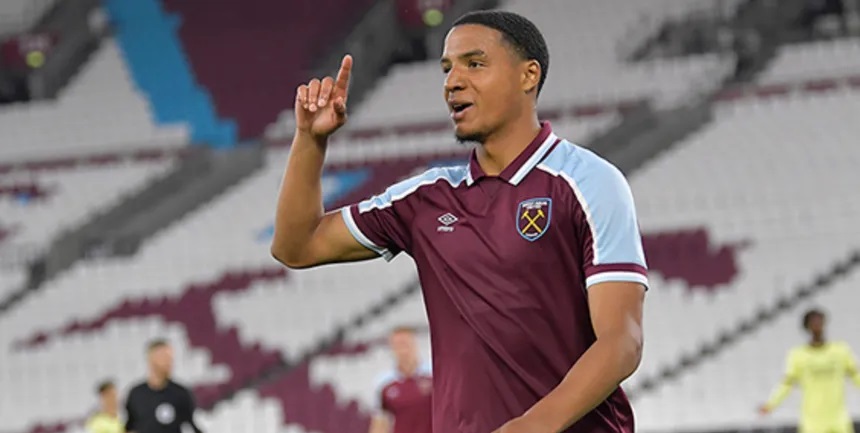 Irish-born winger of Nigerian descent Armstrong Okoflex is in line to make his Premier League debut for West Ham United in their eagerly anticipated clash against Arsenal at the Emirates Stadium.

Okoflex has been named in the Hammers matchday 20 by manager David Moyes – his first squad involvement for a Premier League game – but is one of the nine substitutes on the bench.

The Irish-Nigerian can rightly boast that he knows the Gunners like the back of his hand having spent five years at Arsenal, from 2013-2018, before his move to West Ham United via Glasgow Celtic.

The 19-year-old has been a key reason why West Ham United are topping the Premier League 2 table, tallying ten goals in thirteen appearances in the division.

He most notably scored a hat-trick against Arsenal U23s on the opening day of the season, before bagging another treble against another London opponent, Crystal Palace last week.

Okoflex will wear the number 40 on the back of his jersey if he comes off the bench for his Premier League debut.