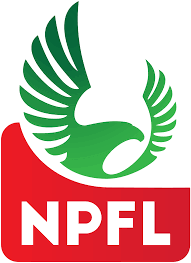 This is a serious matter  which would put LMC’s efficiency and integrity to test as an organized outfit in charge of premierships clubs in the country.

What is the rationale behind fixing another date for a replay of a match abandoned by Wikki Tourists without reasonable justification despite being available at the match venue?.

Kindly recall that the Giant Elephant did a  similar thing last season when it abandoned its game against FC IfeanyiUbah and there was no sanctions meted on it by LMC.

It was reported that Wikki Tourists abandoned the match because some of their players were not  registered by appropriate body!.

Is deadline for players  registration not elapsed or has LMC extended  registration’s date towards accommodating   Wikki Tourists interest?.

Are LMC top shots not on top of their jobs by doing the needful urgently before the situation goes out of hands?.

In line with extant rules, is LMC not supposed to have awarded Sunshine Stars maximum three goals and three points?.

Is there any basis for  Sunshine Stars FC going ahead to honour a replay of the match if LMC  decisions have not been officially communicated to it on the matter or  have their decisions been officially received?.

Is the league being regulated by other laws not known to stakeholders in the country which favours  Wikki?

Is Wikki a sacred cow whose case cannot be treated under a unified football laws governing the league?.

Shehu Dikko should wake up and be  guided by spirits of altruism, fairness and justice in addressing this highly contentious issue which can affect the integrity of LMC.