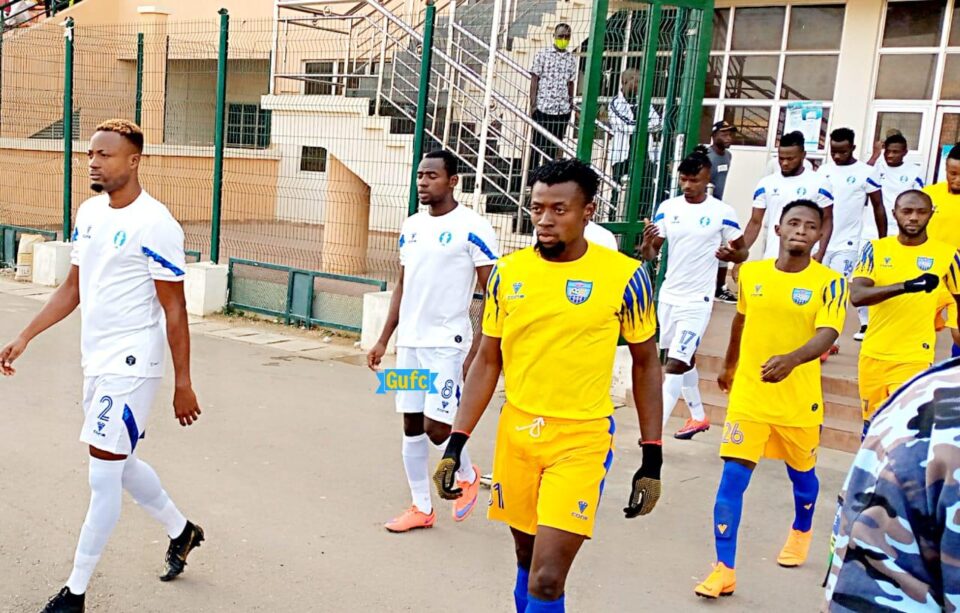 Gombe United Fc began their 2021/2022 NPFL campaign with a home goalless draw against 3SC of Ibadan at the Pantami stadium,Gombe on Sunday evening.

The Savannah Scorpions showed their desperation for the maximum points from the blast of the whistle as they fired missiles from all angles. Samuel Oyedeji had the chance to break the deadlock just three minutes into the game when he fired a venomous shot from Sama’ila Bello’s cross only for Goalkeeper Dede to parried the goal bound to safety.

The hosts kept on pushing as they took control of the game with frontman Ibrahim Yahaya, Ahmed Jimoh and Sama’ila Bello the chief tormentor kept the defenders on Gk Dede on their toes with series of attacks but all their efforts went in vain.

The Savannah Scorpions returned to the second stanza more rejuvinated shelling from all angles in an attempt to break the jinx. Coach Zubairu made his first substitution with the introduction of Yusuf Abdulazeez in the 54′, making another double in the 71′ as Bature Sani replaced Ibrahim Yahaya;Sani Suleiman for Sama’ila Bello before giving Bello Ibrahim his debut in the 78′ when he changed Ahmed Jimoh.

Referee Masu Ndidi from Enugu signaled the end of the match after an additional three minutes. The visitors ended the game with ten following the red issued to Henry Ndede in the 85′  for two bookable offences.

Gombe United  will be guests to  Nasarawa United in the week two fixture scheduled for Sunday 26 in Lafia, Nasarawa state.

“First matches are always very very difficult; very very tough as played out, my boys played with maturity we are just lucky”.

“Every match came with it peculiarity, this one has gone, the only thing is that we will face the next match as it comes. Our calmness at the final touch we’re going to work on that”.

“Anxiety consumed us at larger part of the game, anytime we come to the final touch we always consumed by anxiety, we’re going to work on that.

We Are Ready For AFCON – Taiwo Awoniyi