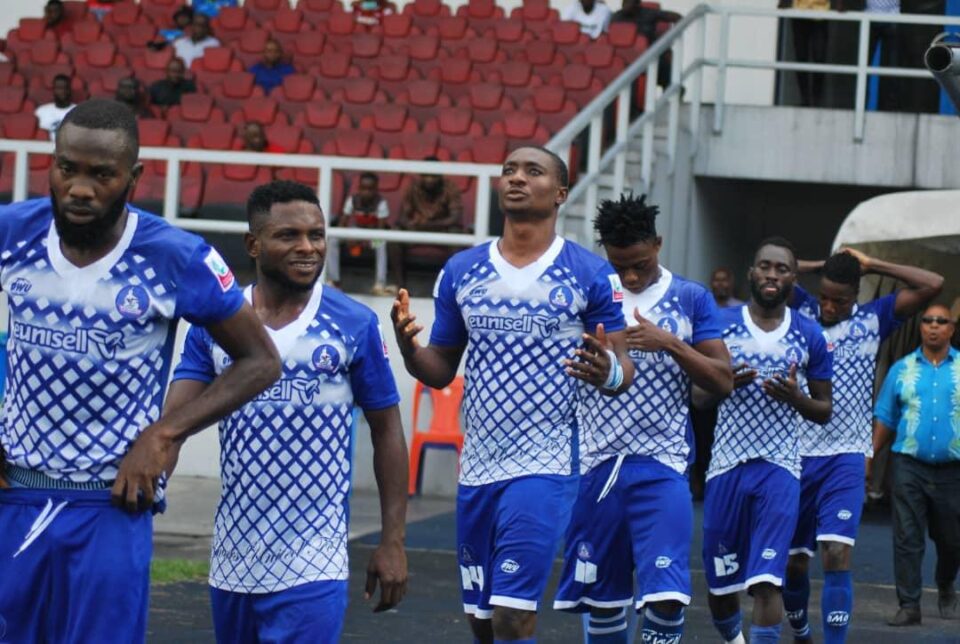 Rivers United had to settle for a point at the Aper Aku Stadium on matchday one of the 2021/2022 NPFL season after a dramatic game that saw Nyima Nwagua put up a man of the match performance.

Ishaq Kayode gave the “Pride of Rivers” the lead in the 27th minute finishing off intelligently a brilliant move from Nyima Nwagua and Chijoke Akuneto.

The Stanley Eguma tutored side controlled possession and created chances before the half time break with Akuneto coming closest as his well-struck header was cleared off the line with the opposing goalkeeper beaten.

Two minutes after the restart, Barnabas Imenger draw level for the host as his effort from a free kick 20 yards out sealed into the net. Either sides went in search of the winning goal, but the game ended 1-1.

Rivers United’s 1-1 draw against Lobi Stars was the first time they have avoided defeat in six attempts playing away to Lobi in the NPFL.

It was a notable game for Nyima Nwagua as he was a thorn in the flesh for the Lobi Stars defenders earning for himself the man of the match award.

After the match, Rivers United Technical Manager Stanley Eguma is optimistic his side will be better in the coming weeks

“It’s the beginning of the season and we are sizing up our team. I believe my players will learn from their mistakes, we will correct them and get a better side next time