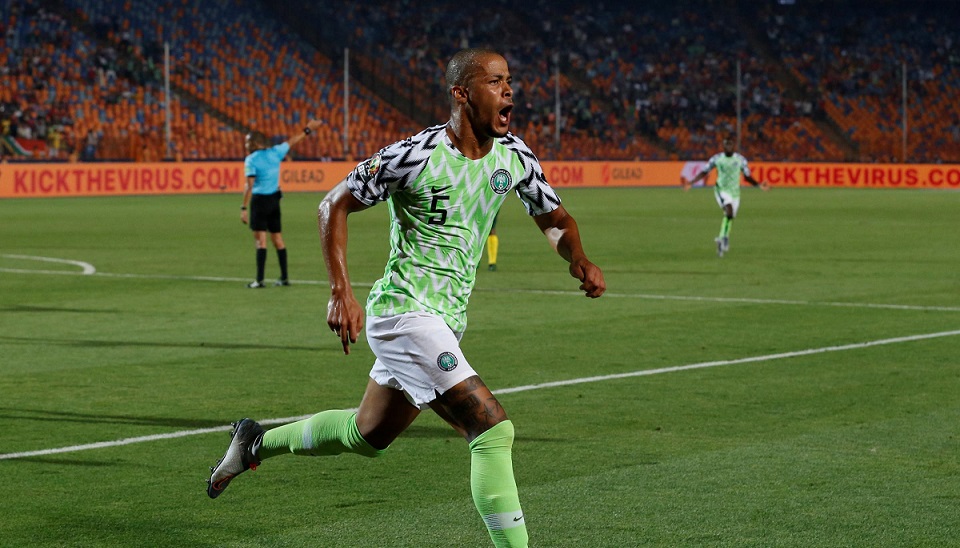 Watford of England defender, William Troost-Ekong has come out with a down-to-earth confession that his emergence as captain of Nigeria’s national team came rather qucikly for him, sportsdayonline.com reports.

Speaking against the backdrop of the possibility of him starting as Super Eagles’ coach in their first match at the upcoming Africa Cup of Nations in Cameroon, Troost-Ekong acknowledged that he will lead other players he met in the squad.

Indeed, it has been a quickfire surge for the central defender, who made a switch of national team allegiance from Netherlands to Nigeria just in time to be part of the under-23 squad, Olympic Eagles, to Rio 2016 Olympic Games in Brazil.

His ascent to vice-captain of the Nigerian senior national team came on the strenght of his smooth partnership with Germany-born Leon Aderemi Balogun, much to the delight of the Eagles’ immediate past coach, Gernot Rohr.

With Troost-Ekong and Balogun forming the formidable ‘Oyibo Wall,’ Rohr reckoned that he could build his squad round their deep level of European experience.

While Balogun came through the ranks of several clubs in Germany, Troost-Ekong cut his teeth in the youth team of Tottenham Hotspur of England, before moving to Dordrecht of Netherlands and Haugesund of Norway.

The towering stopper, who has also played for AA Gent of Belgium, Bursaspor of Turkey and Udinese of Italy is now set to get his biggest test in the Eagles, as the team’s substantive skipper, Ahmed Musa is no longer guaranteed a starting shirt.

However, the task is coming at a point Troost-Ekong has been found wanting in recent matches for the Eagles and Watford, such that many critics believe he might not live up to the billing both individually and collectively.

He has come out boldly to admit that being captain comes with lots of responsibilities and demands, but stressed how determined he is to make the best of it, in order to justify the coach’s trust in him and stand up to the challenge of making the country proud.

Troost-Ekong told MTN Nigeria: “It’s a great honour to captain your country, I think when I first came to the Super Eagles I didn’t realize it could go that quickly.

“However, I think I’ve been here quite consistently and it’s a great honour from the coach and trust that I’m getting to get that role but it comes with responsibility.

“If you wear the band or not I think I still play the same, it doesn’t change anything about how I play, what I do.

“I might have one or two extra responsibilities on the pitch but it is still the same, I still play the same and talk the same so it doesn’t make that much of a difference.”