The 2022 National Sports Festival had an opening ceremony of sparks, beauty, colours and thrills which was felt across the board to raise the curtains on the game in Asaba.

Spectators were thrilled with dance, music, calisthenics display, and fireworks in what represented one of the best organised opening ceremonies in the history of the games.

The Permanent Secretary, Ministry of Youth and Sports Development, Alh. Ismaila Abubakar, as well as the House Committee on Sports chairman, Olumide Osoba were all in attendance, alongside well-meaning Nigerians. 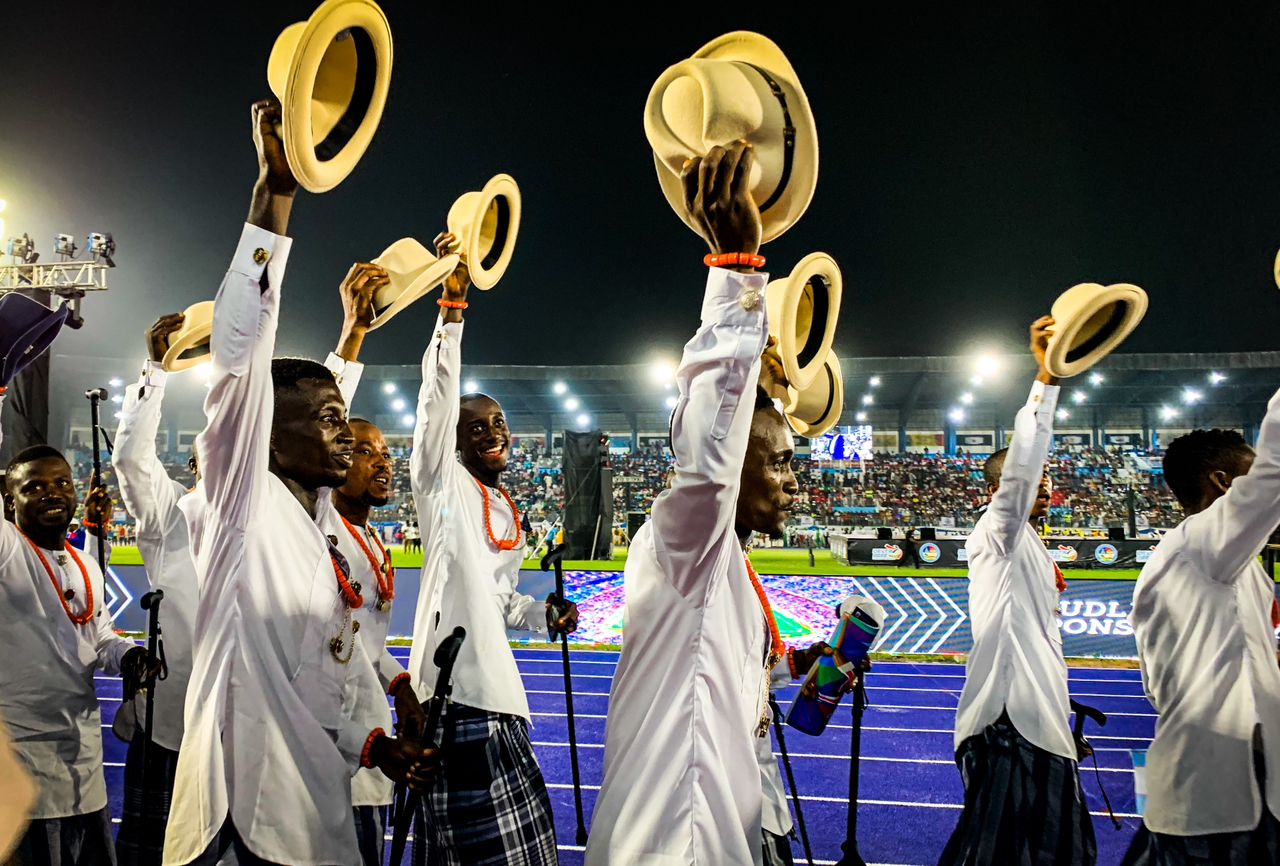 The ceremony ushered in contingents from all states, as athletes and officials matched in their colourful attires and costumes in beauty and finesse.

Afro-music sensation and bounce crooner, Ruger treated the crowd with his melodies, sending the arena into a frenzy.

In what represents a beautiful curtain raiser to the games, athletes, officials, and fans pictured in excitement will be looking forward to excellent sporting displays throughout the festival.