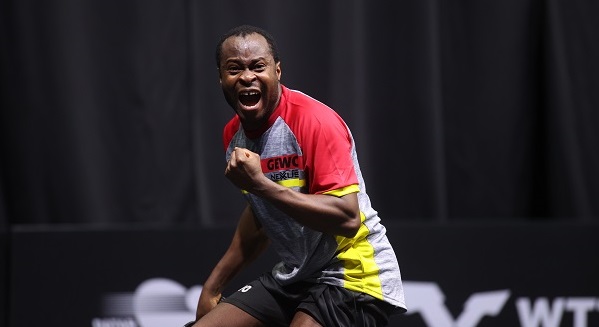 Quadri Aruna is expected to join some of the world table tennis stars at the inaugural World Table Tennis (WTT) Champions (European Summer Series 2022) set to be staged in Budapest, Hungary from July 18 to 23.

The event will see the world’s very best players coming together under one roof with Men’s and Women’s Singles events being held concurrently, offering fans double the excitement as players compete for the inaugural title.

Twelve titles will be at stake in 12 days at the non-stop action European Summer Series as the WTT Star Contender will kick-start the tournament today with the qualifiers.

Aruna who copped an injury during the final of the 2022 ITTF Africa Cup returned to action after four-week rest where he hopes to tune-up for the forthcoming Commonwealth Games in Birmingham, United Kingdom (UK).

The Nigerian has been given a bye to the second round (round of 32) in the men’s singles WTT Star Contender which is the first of the European Summer Series and he is expected to start his campaign on Wednesday, July 20.

Already, he has been seeded among the top 12 players in the men’s singles alongside Egypt’s Omar Assar who will also be competing in the $500,000 prize money tournament.

It will be a truly global affair in Budapest with Olympic Champion China’s Ma Long as well as Brazil’s Hugo Calderano, Sweden’s Truls Moregard and Aruna all in the running for a shot at the inaugural WTT Champions title.