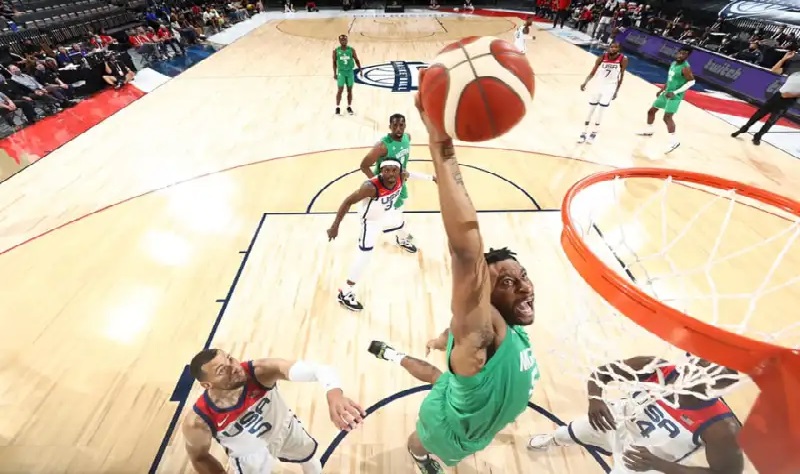 The battle for the five slots at the FIBA World Cup African Qualifiers hots up as Nigeria’s D’Tigers have been drawn in Group E alongside host – Cote d’Ivoire, Cape Verde, Angola, Uganda and Guinea at the Abidjan centre of Window 4.

16 African teams started the journey to the FIBA World Cup in November 2021 while some teams had already been edged out in the last three Windows.

FIBA Africa on Tuesday confirmed Abidjan and Monastir as host cities for Window 4 of the African Qualifiers.

Nigeria’s D’Tigers will play their matches at the 3000 capacity of Abidjan’s Palais des Sports Treichville with the top teams advancing to the next stage which is Window 5 being the final stage of the qualifiers.

This is the second time that Abidjan takes hosting duties in the 2023 African Qualifiers campaign. In early July, the Ivorians hosted the second round of Group C. Three years ago, Abidjan played a host of the last window of the 2019 FIBA Basketball World Cup in February 2019 where the home team finished 3-0 to secure the fifth and last ticket available for African teams for the 2019 FIBA Basketball World Cup in China.

Each team will play each new team in their group during two tournaments played over two event windows scheduled in August 2022 and February 2023. At the end of these additional six games per team, the two top teams in each group, along with the best third-placed team, will qualify for the FIBA Basketball World Cup 2023.