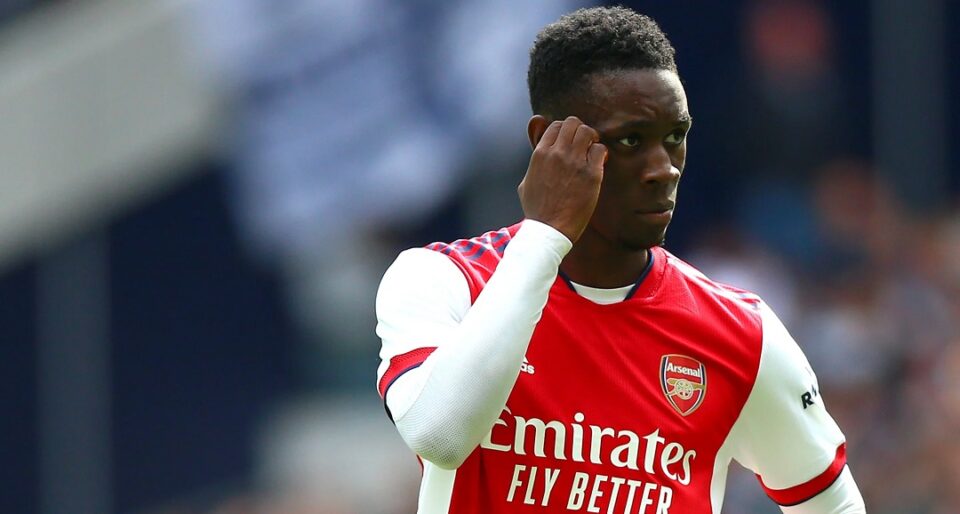 Arsenal of England youngster, Folarin Balogun could be out on his way out of Emirates Stadium early next year, as The Gunners are reportedly ready to let him go on loan, SportsDayOnline.com gathered.

Although the young striker, who was born to a Nigerian father in United States of America, has been yearning for promotion into The Gunners’ main squad over the past two seasons, the London-based side now appear ready to loan him out.

The fast-rising attacker, who was born in New York City, has played for Arsenal’s youth teams since the age of eight, but he is now set to move on, amid interest from clubs in the English Championship.

“A report by British newspaper, Daily Express added: “The Gunners hierarchy has decided that a temporary move away for Balogun is the best option for all parties and sanctioned a loan move until the end of the 2021-2022 season.

“Balogun was promoted to Arsenal’s first team in the off-season after committing his future to the club for another four years.

“However, the Hale End Academy graduate is not in the plans of manager Mikel Arteta, logging only 77 minutes from a possible 1,530 in all competitions this season.

“It was previously thought that Balogun would be given more minutes as from next month, with attack-minded duo Pierre-Emerick Aubameyang and Nicolas Pepe set to be on international duty with Gabon and Ivory Coast respectively at the Africa Cup of Nations.

“The England U21 international has made an excellent impression with his performances in the Premier League 2, scoring thirteen goals in ten matches.”

EPL: You must be humble under Guardiola – Rio Ferdinand warns Haaland