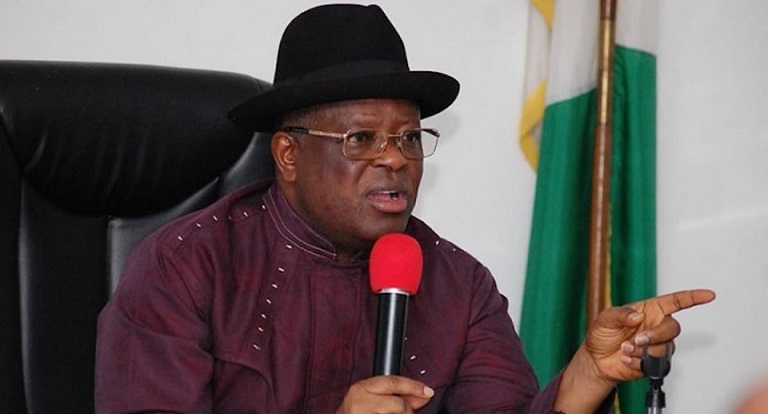 The Governor of Ebonyi State, Dave Umahi has described the reports about him making contacts with some people to return to the Peoples Democratic Party as fake.

The Special Assistant to the Ebonyi State Governor, Francis Nwaze stated this in a statement released on Friday.

According to Nwaze, the report that his principal plans to return to the PDP is a fabricated false report and should be disregarded.

Recall that a chieftain of the party in Abia State, Isaac Nkole had said Dave Umahi is allegedly making contacts to return to the main opposition party, having discovered that he was deceived into joining the All Progressives Congress.

Nwaze, however, in the statement on Friday said, “The attention of Ebonyi State government has been drawn to a mischievous publication made in some sections of the media that Gov. Umahi is making contacts to return to PDP.

“Ordinarily, we wouldn’t have bothered responding to the publication, but we have freely elected to make a few clarifications to save the public, especially users of Social Media.

“First, I like to confirm that the statement is completely false, it is aimed at painting our Governor black and causing bad blood between him and the crew members of the next level train in Ebonyi State and Nigeria at large.

“It is worthy of note that the Governor made a landmark departure from the opposition political party out of personal conviction and freewill volition last year for the obvious irredeemable marginalization of Ndigbo.

“Let me state that the Governor has since moved on and has made the ruling APC his home, enjoying the full compliments of being a party at the centre, and does not need to even contemplate returning to PDP.”