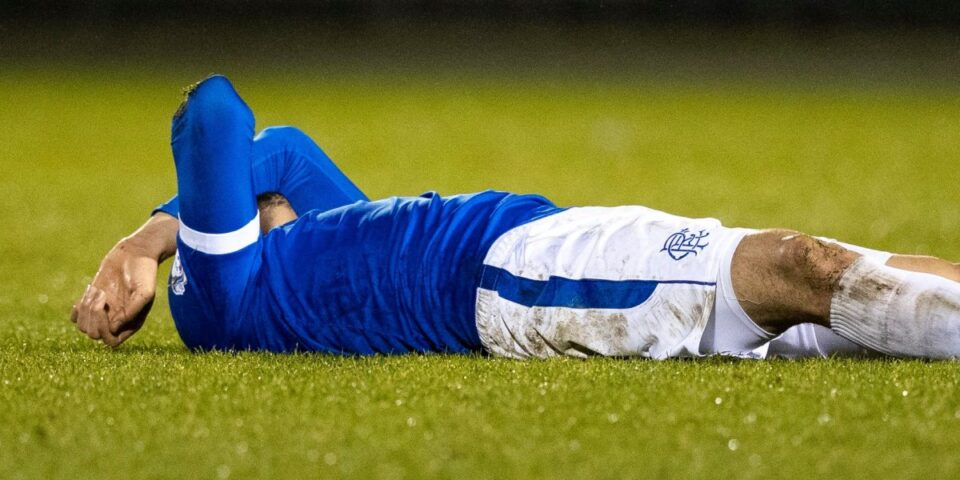 Although details of the development at Ibrox Stadium were not provided by the club, confirmation of Balogun’s absence was issued by their new coach, Giovanni van Bronckhorst, who provided the latest update few weeks after the Super Eagles’ stopper bowed out with another injury.

This means the former Fortuna Dusseldorf, Damstardt and SV Mainz of Germany as well as ex-Brighton and Wigan Athletic of England centre back will have to wait much longer before he gets his Balogun will have to wait to play his first game under new Glasgow Rangers boss Giovanni van Bronckhorst.

Balogun was originally thought to be in contention to make his comeback from injury against Lyon, having reportedly resumed training at the start of this week, but The Gers’ Dutch football tactician confirmed that the stopper will not be named in the traveling squad to France.

The central defender, who has been inactive for The Light Blues since he was replaced with ten minutes to go against Hibernian in the Premier Sports Cup on November 21, will stay at home in Glasgow while his colleagues line out against the French Ligue 1 side for their last Europa League group fixture.

Prior to his spell on the sidelines, Balogun made 18 appearances in all competitions, all of which he started, but his compatriot, Calvin Bassey acted as cover for him in the last four matches of The Gers and helped them post three shutouts.

Bassey appears set to stand in once again and get a starting spot in Thursday’s away fixture, after Van Bronckhorst said during his pre-match press briefing: “Regarding the team news Leon Balogun cannot travel this afternoon.”