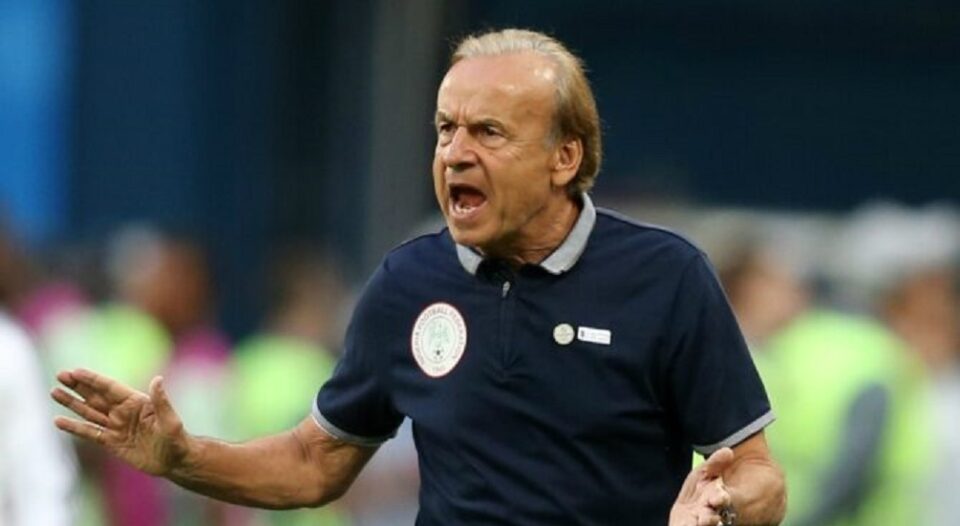 The sacking of former Chief Coach of Super Eagles of Nigeria, Gernot Rohr, by the Nigerian Football Federation (NFF) has continued to generate reactions by football stakeholders.

The NFF announced the termination of the appointment of Franco-German Rohr who has been in charge of the Super Eagles for 64 months on Sunday.

It also announced the appointment of Mr Augustine Eguavoen, currently Super Eagles Technical Director, as their Technical Adviser on an interim basis.

Football buffs and other stakeholders who spoke with the News Agency of Nigeria (NAN) in Calabar on Monday had divergent views.

While some believed that the sacking of Rohr was ill-timed other said his sacking was long overdue.

Judex Okoro, a sports journalist said Rohr’s sack was long-expected and that the widely travelled tactician had lost touch with modern football coaching.

“The sacking of Rohr is long overdue because apart from his lack of vision for Nigerian football, he has since lost touch with the modern tactics.

“For four years, he has not won any cup for Nigeria. He has not inspired the Super Eagles to play good football which we were known for, thereby making many Nigerians to lose interest in our national team,’’ he said.

Okoro also charged Rohr of not doing anything to improve local talents.

Another sports journalist, Isaac Oqua said Rohr’s sack was imperative because of his lack of a technical department.

“He’s the longest serving Technical Adviser of the Super Eagles but with nothing to show.

“He couldn’t develop a peculiar playing pattern for the team unlike his predecessors.

“The standard of the team has nosedived under his watch.

“He failed to follow the local league and by so doing couldn’t discover talents to groom for future,’’ he said.

According to him, Rohr had no track record of achievements prior to his appointment as Super Eagles Head Coach

In his contribution, Oqua Etim, former Chairman of Sports Writers Association, Cross River, said it was good to relieve Rohr of his duties since he did not do any better than indigenous coaches.

“Before he came on board the impression was that, a foreign coach would develop our football and give it a different dimension.

“Incidentally, since Rohr was given the job he has done nothing spectacular. He did not develop local content for our football, so, why keep him?’’ he said.

He gave kudos to Rohr, however, for improving Nigeria’s position in FIFA ranking.

He advised NFF to look inwards for some local coaches that can handle the team instead of rushing for foreign coaches.

A football fan, Emmanuel Udoh, however, said the timing of Rohr’s sack was wrong due to the forthcoming African Cup of Nations tournament slated for Republic of Cameroun.

“To me I don’t say they should not sack him, but why now when we have upcoming Nations Cup’’? he said.

Udoh argued that, the situation might affect the team negatively.