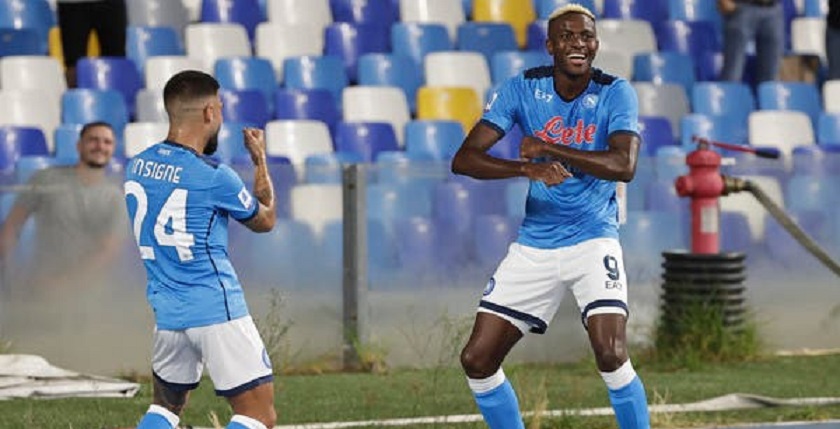 Napoli striker, Victor Osimhen, has been named Serie A U-23 player of the season.

The 22-year-old won the award ahead of Juventus’ Dusan Vlahovic and Sassuolo’s Gianluca Scamacca.

The rankings for the award were made courtesy of the advanced analysis of Stats Perform from the tracking data recorded with the Hawk-Eye System.

This enables the analysis of important aspects like movement without the ball, optimal movements, game choices, the contribution to the technical and physical efficiency of the team which allow an objective and qualitative evaluation of a player’s performance.

This is Osimhen’s second Serie A award, as he was also voted the player of the month for March.

EPL: Klopp hails Lampard, predicts what Gerard would do to Man City