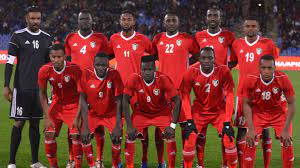 Despite their squad reportedly having four players who had tested positive to Covid-19, Ethiopia recorded a massive 3-0 win over Sudan in a pre-Africa Cup of nations Cup friendly match in Cameroon yesterday.

Sudan will be the Super Eagles’ second Group B opponents after a potentially explosive opening match with Egypt.

Ethiopia have beaten Egypt’s 2021 Africa Cup of Nations (AFCON) opponent, Sudan, in a friendly encounter that took place in Cameroon.

.Ethiopia dominated the entirety of the encounter and managed to secure a comfortable 3-0 win.

Sudan have two other friendlies scheduled against Zimbabwe and Sierra Leone, before the tournament’s kick-off.

Serena Williams Tops The List Of World’s Sportswomen In Earnings, Fourth Year In A Row

AFCON A Good Decision for me — Chukwueze