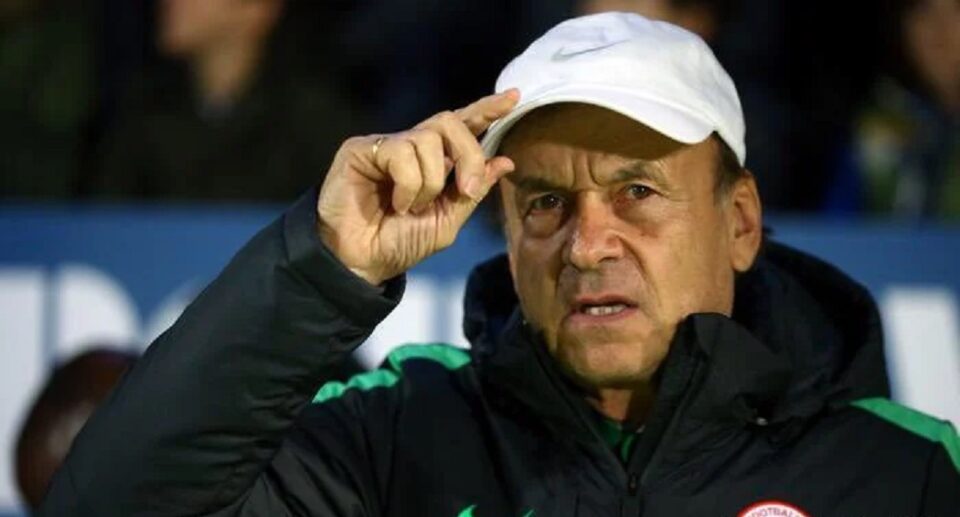 Former Bordeaux manager, Gernot Rohr, has tipped Nigeria to beat Ghana in Abuja on Tuesday and qualify for the 2022 FIFA World Cup.

Rohr guided the Super Eagles to qualify for the 2018 World Cup in Russia and the last qualifying stage of the next edition in Qatar before he was sacked after a run of disappointing results.

He has watched on the sidelines as caretaker coach Augustine Eguavoen led Nigeria to the round of 16 stage at the Africa Cup of Nations and to Kumasi on Friday, where the Eagles played out a goalless draw against the Black Stars.

Leicester City’s Wilfred Ndidi and Everton’s Alex Iwobi were unavailable for the three-time African champions in that encounter.

Rohr says the Super Eagles missed Iwobi in that fixture, as the presence of the former Arsenal midfielder could have made the team better in the final third.

Both Ghana and Nigeria can still qualify for the Mundial with a win, and Rohr expects the Ghanaians to be dangerous on the counter.

The veteran tactician, however, predicts a win that would see Nigeria guarantee a spot at the Mundial.

“Ghana have players for counterattacks, so if they want to qualify, they must use that and make sure they don’t concede,” Rohr told Angel FM, as per Modern Ghana.

“Nigerians missing Iwobi is not good; he is very good at giving incisive passes.

The Super Eagles have not won any of their last five matches against the Black Stars but are the favourites to claim a narrow victory in a tough battle against their neighbours.

Nigeria vs Ghana: Why I’m not surprised by invitation to play for Super Eagles – Ogenyi Onazi