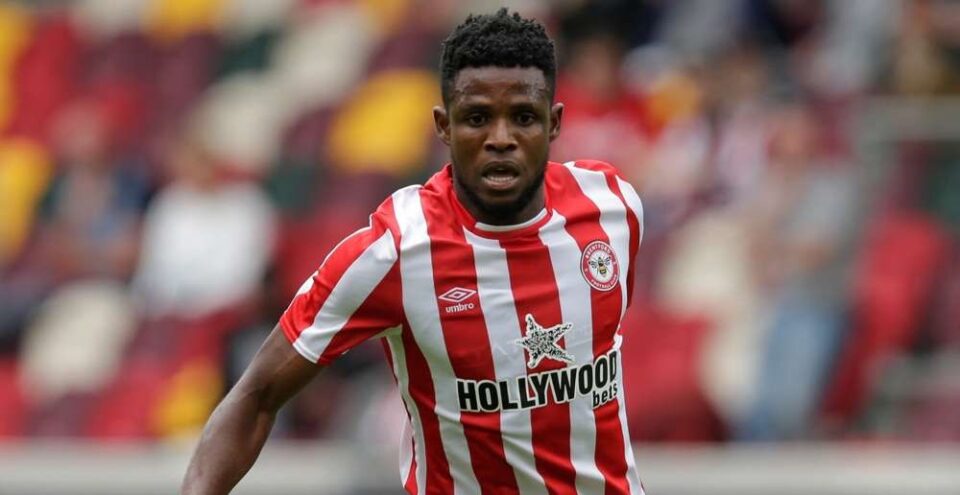 Brentford Town of England midfielder, Frank Ugochukwu Onyeka might be heading for some tough days ahead of him in the English Premier League rookies, as the man who motivated his move to The Bees is set to leave the club.

Onyeka has settled down seamlessly into the scheme of things at Brnetford Community Stadium, following his arrival from their sister club, FC Midtjylland of Denmark, but the man who made the transfer possible, Rasmus Ankersen is on the way out.

Speculation is already raging high that Onyeka he could face trying moments in the coming year, following the report on Friday indicating that Ankersen is set to leave his role as Brentford’s co-director of football.
SportsDayOnline.com gathered that Ankersen will step down from the role he currently holds at the debuting EPL side at the end of this year, thereby marking some uncertainty heading forward for Onyeka.

A report by Sky Sports noted that Ankersen’s impending departure has already been confirmed by The Bees’ management, thereby putting a cloud over the future of Onyeka, who starred for FC Ebedie of Shagamu before moving to Midtjylland and is now a fledging ace in the Super Eagles.

The elaborate report adds: “The 38-year-old joined the Bees in May 2015 and will also be stepping down from the club’s board, leaving Phil Giles as the club’s sole director of football.

“Together, the pair have enjoyed a successful six-and-a-half years which has seen Brentford finish third in the Championship in two consecutive seasons and promoted to the Premier League via the Play-Offs in May.

“Ankersen was also integral in the appointment of fellow Dane Thomas Frank as head coach in October 2018 following the departure of Dean Smith to Aston Villa.”

Ankersen added: “I am an entrepreneur by heart and to help build the fundamentals and the system that have enabled the club to reach the Premier League has been a thrilling and satisfying experience in every way.

“I am really proud of what we have achieved together over the last seven years, and I feel lucky to have worked with incredible people who have also become my friends on the journey.

“Everything good comes to an end and I always hoped that when this day arrived, I would be able to leave Brentford in a good state and I am pleased that the club is now stronger than ever.”