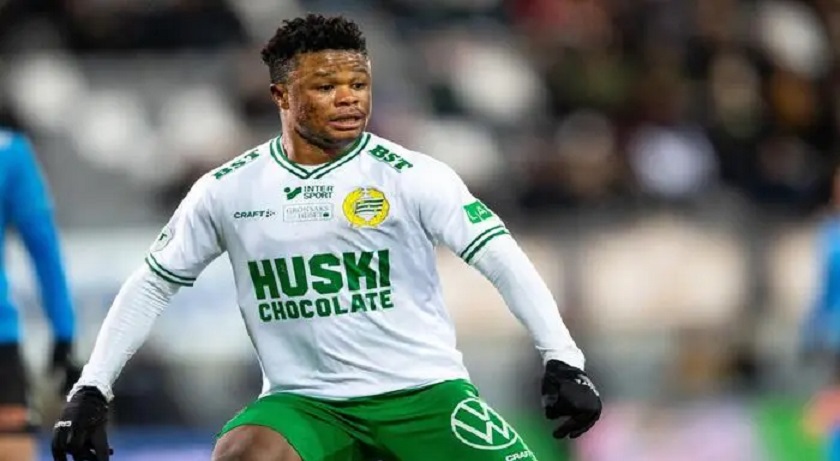 The 19-year-old star has spent just 18 months in Sweden, but he has already made a big impression

Former Golden Eaglets Akinkunmi Amoo has clinched the award for the best young player in the 2021 Swedish Allsvenskan season.

The Hammarby forward beat Malmo’s Veljko Birmancevic and Hampus Finndel from Djurgadens IF to claim the same award that compatriot Alhassan Yusuf won in 2019 while playing for IFK Goteborg.

The Hammarby academy product arrived from Nigerian amateur side FC Sido in June 2020, but it didn’t take him time to get into the first team as he got his chance just three months later.

This season, he became an established player for the former Allsvenskan champions, making 29 league appearances out of a possible 30.

The 19-year-old did deliver, as he registered nine goals and five assists to help Hammarby to a fifth-place finish.

Amoo was part of the team that represented Nigeria at the 2019 U-17 World Cup in Brazil. He had three assists to his name in that competition.

Meanwhile, Amoo was not the only Nigerian that was recognised for their outstanding performance, as Norrkopings’ Samuel Adegbenro also clinched the best striker award after scoring 17 goals and assisting two in 30 appearances.