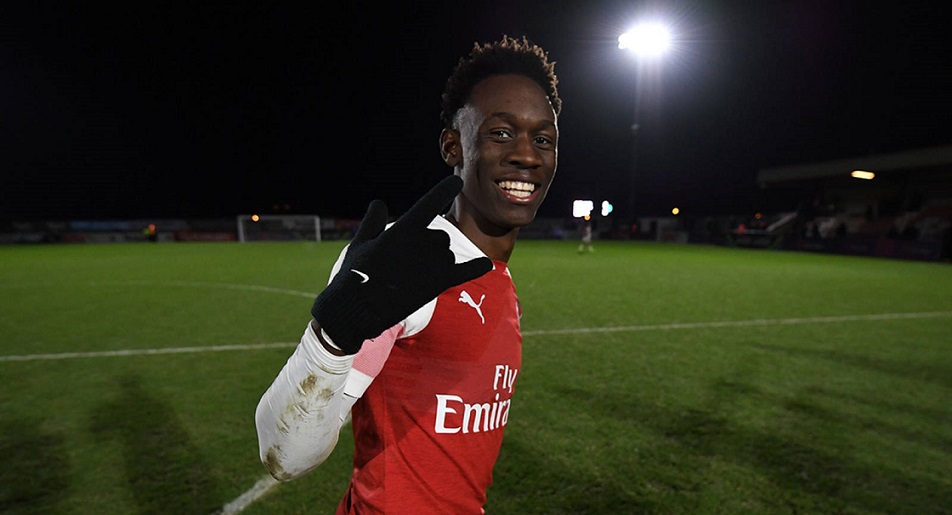 BOREHAMWOOD, ENGLAND - JANUARY 18: Flo Balogun of Arsenal celebrates after the match between Arsenal U18 and Tottenham Hotspur U18 in the FA Youth Cup 4th Round at Meadow Park on January 17, 2019 in Borehamwood, England. (Photo by David Price/Arsenal FC via Getty Images)

Arsenal striker Folarin Balogun has been training with the senior England squad this week.

With some members of the senior team missing, Balogun was one of four players from the England U21 squad who were called up for the session, with Morgan Gibbs-White (Wolves), Jacob Ramsey (Aston Villa) and Taylor Harwood-Bellis (Manchester City) also selected, reports Jeorge Bird’s Arsenal youth website.

So far Balogun has scored four goals in seven appearances for England U21s, while he also previously represented the United States, where he was born, at U18 level.

Balogun recently returned to Arsenal from a loan spell at Middlesbrough and will be pushing for first-team involvement next season.

He is in the England U21 squad along with Emile Smith Rowe ahead of games against Czech Republic, Kosovo, Albania and Slovenia.

India 2022: Olowookere says his girls are determined to do Nigeria proud