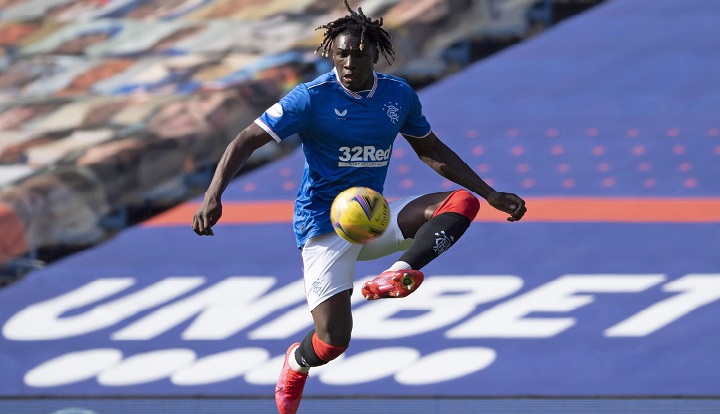 The 21-year-old has put up stellar shifts for the Gers this season, and he hopes that his performances could land him a spot in the Super Eagles

Rangers defender Calvin Bassey has stated his desire to represent the Super Eagles of Nigeria at the upcoming AFCON slated to hold in Cameroon in January 2022.

The Leicester city academy product has been one of the go-to men in the Rangers defence, as he has been rock solid for the Gers.

Bassey has featured in the Scottish Champions’ last eight games in all competitions, one of which was an oustanding show against Sparta Prague in the Europa league, which left Rangers fans in awe of his ability.

Bassey hopes that performances like that could earn him a spot in the Super Eagles.

“Yeah of course. It’s always an honour to represent your country.” He said on Rangers YouTube Page.

“Obviously, the timing’s a bit hard because we’ve got games but right now I’m just fully focused at the club.”

“Whatever happens, when we got to that stage we’ll look at it and see what’s best for me and take it from there”

To add to his solidity, the 21-year-old is quite versatile, as he can play in all positions in defence, although his preferred position is at left-back.

Despite the fact that he was born in Italy, Bassey pledged his allegiance to Nigeria, and he was invited to the Super Eagles camp for the World Cup qualifier double header against Central Africa Republic.

However, he was just a bench-warmer, as he wasn’t given the opportunity to make his debut. It turned out be the last time he was invited to camp, as he was snubbed for the second leg games against Liberia and Cape Verde in Nigeria.

Nevertheless, Calvin has not looked back, as he has continued to churn out great performances for his side as they look to defend their league title.

The 21-year-old will hope that his form would cause a headache for Super Eagles coach Gernot Rohr when he lists his 23-man squad for the AFCON.