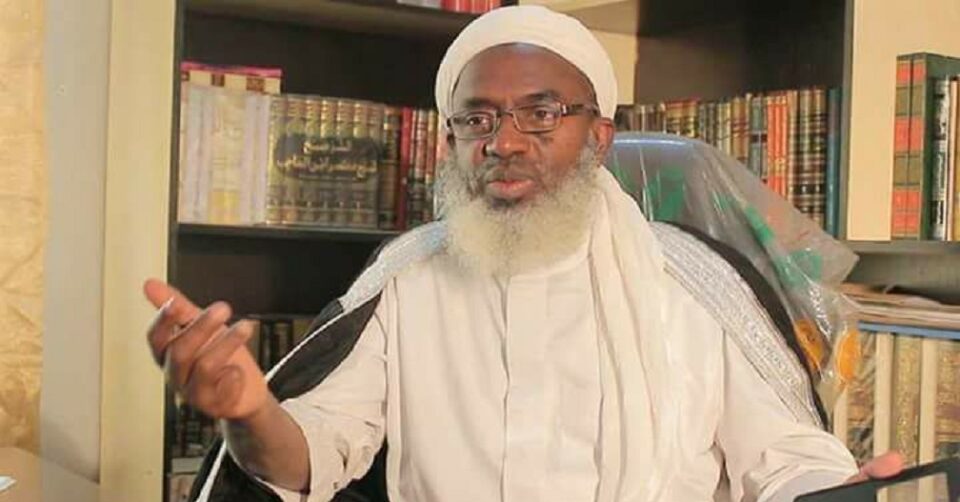 ISLAMIC cleric Ahmad Gumi has announced that he will no longer mediate between the Federal Government and bandits due to the latter’s recent designation as terrorists.

He made this known in an interview with Premium Times on Wednesday.

“Since the Federal Government has declared them terrorists, I will not have anything to do with them anymore,” he said.

Stating that his advice to the Nigerian government on how to handle the terrorists had not been taken, Gumi said he would rather avoid endangering himself by remaining in touch with them.

“I will not like to danger again and to put a spotlight on myself unnecessarily,” he said.

Describing his meetings with terrorists as risky attempts to bring peace to the nation, Gumi noted that he would only take such risks in future under a different political environment.

“Maybe in the future when the political situation changes for better, we can do it again so that there will be peace, harmony and tranquility in the country,” he said.

Until recently, Gumi has acted as a negotiator between the Nigerian government and terrorists whose hideouts he had visited in different states.

He had called for dialogue with the terrorists on several occasions, saying that terrorists had taken up arms due to government neglect, injustice and in self-defence.

Gumi predicted that the country would be peaceful if terrorists were granted free education and basic amenities. He also warned against using the military approach in addressing insecurity in the North, recommending that amnesty be granted to the offenders.

A day after bandits were declared terrorists in Nigeria, Gumi had described it as an exercise in futility as it would have no practical value.

“The decision by the government will not have any practical value because even before the declaration, they had been fought and treated as terrorists. So is just a nomenclature which I believe will not change the dynamics on ground,” he said.

Buhari Congratulates Dangote At 64, Commends His Exemplary Efforts During Pandemic