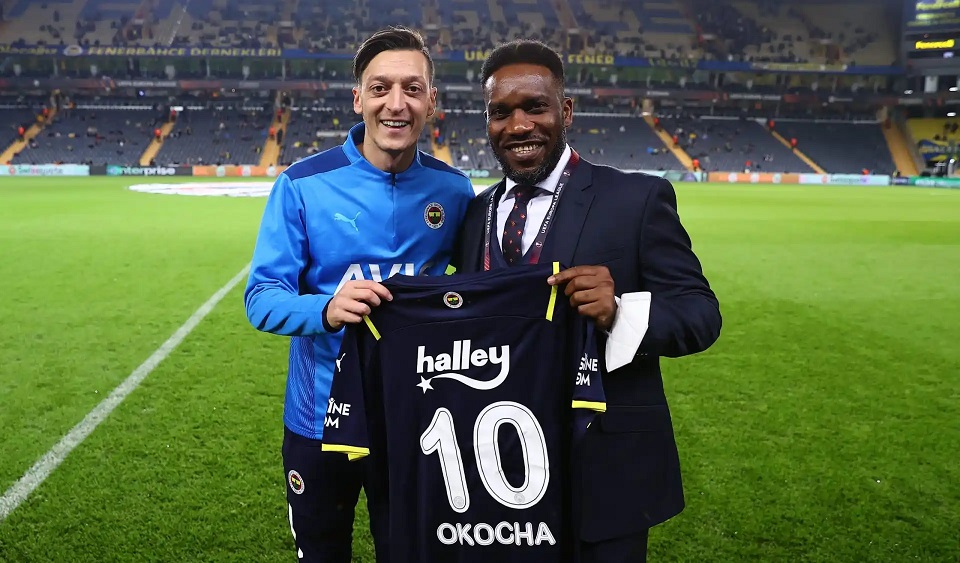 Legendary Nigeria skipper Austin Okocha was one of the important personality present at Thursday’s Europa League tie between his former clubs Fenerbahce and Frankfurt.

Fenerbahce and UEFA acknowledged Okocha’s presence on their Twitter handles before the game which was played in Istanbul, Turkey and ended 1-1.

Okocha featured for both Fenerbahce and Frankfurt during his club career in Europe where he became a fans favourite.

After leaving Frankfurt he signed for Fenerbahce in 1996 and scored 30 goals in 62 games before his record transfer move to Paris Saint-Germain in 1998.