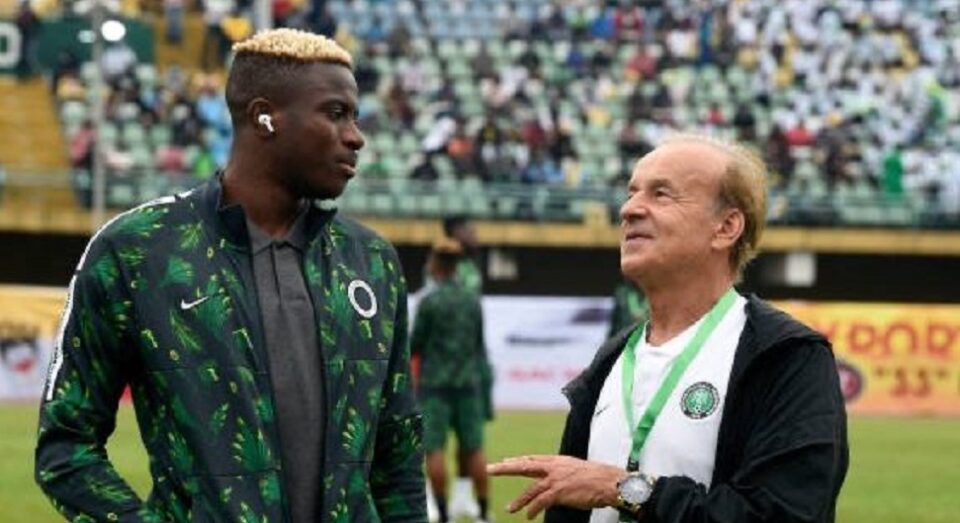 Osimhen sustained an injury after colliding with Inter Milan defender Milan Skriniar in a Serie A clash on November 21.

Napoli announced three days later that the forward will be sidelined for three months after he underwent an operation.

The 22-year-old however resumed training on Wednesday raising hope he will be available for the AFCON finals.

“He resumed training yesterday (Wednesday),”Rohr told AFP, as per Eurosport.
“It’s going to be the race, he has to do bodybuilding, it was a facial injury. ”

According to Gazzetta dello Sport, the player passed new exams on Tuesday and got the green light to resume athletic work.

The next steps are now the realization of a carbon mask to protect the fractured area which will allow him to resume training with physical contact, perhaps in the next few weeks.

Rossi: Napoli Should Forget Serie A Title Without Osimhen