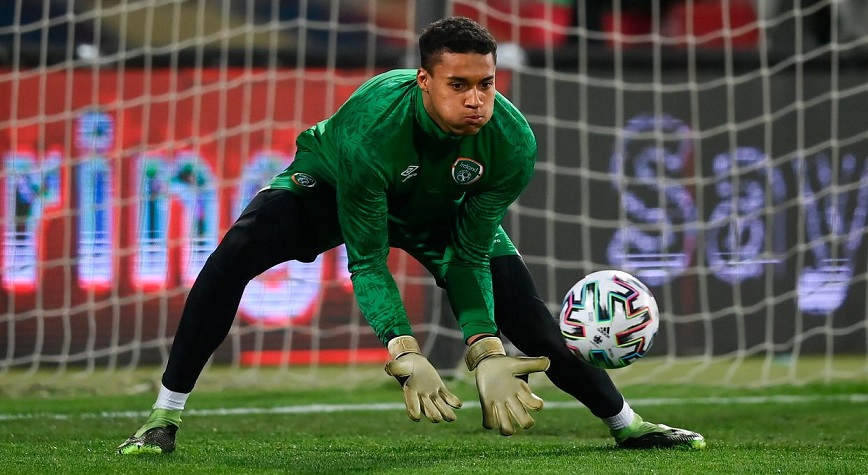 Manchester City of England youth team goalkeeper, Gavin Bazunu has received a strong hint that he could be heading for an extension of his current loan deal at lower division side, Portsmouth, sportsdayonline.com reports.

Although recent reports have hinted about the possibility of The Citizens recalling Bazunu from his ongoing stint at Fratton Park, the coach at Pompey, Danny Cowley says the lad will stay put beyond January.

Cowley went on to declare that Bazunu’ form has improved at Portsmouth and, though he confirmed that City included a recall clause in the loan deal that took the Nigerian-born shot-stopper to Fratton Park it will not come into effect automatically.

He assured fans of the English League One team that only a severe injury crisis at Etihad Stadium could force the return of Bazunu from Portsmouth, where he has put in some outstanding displays.

Bazunu is now the number one keeper at the club that once had Yakubu Aiyegbeni, Nwankwo Kanu and John Chukwudi Utaka on their cards, with his current form also seeing him become the number one choice for Republic of Ireland.

Cowley revealed his thoughts about Bazunu after his team’s draw with Sheffield Wednesday as the gaffer told regional bulletin, The News: “There is no recall.

“The clause is if Manchester City get into serious injury concerns with the goalkeepers. They have a few in front of Gavin, not loads, but enough to suggest that won’t happen.

“We would have to be very unlucky should that occur, but then again, not much has gone for us at the moment.

“Gavin has been incredible for us at every level in terms of improving the team, working towards the game idea and value for money.”

Rohr Confident Osimhen Will Be Fit For 2021 AFCON