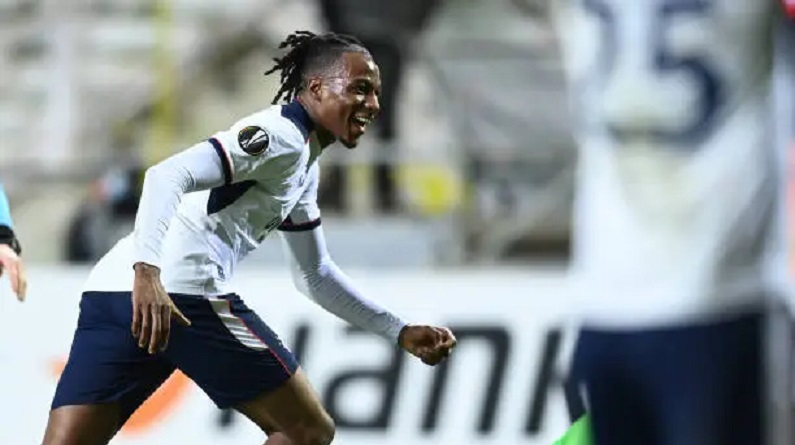 Super Eagles midfielder Joe Aribo was among the goal scorers for Glasgow Rangers against Dundee in their Scottish Premiership clash on Saturday.

The in-form midfielder netted the opening goal to help Giovanni Van Bronckhorst’s team to a 3-0 victory at Ibrox.

Aribo broke the deadlock for Rangers after 36 minutes of play. The 25-year-old let flies from the edge of the box with a low drive which ended up behind Legzdins after taking a touch off defender Liam Fontaine.

Aribo has now scored in his last three games and it took his tally for the season to five goals and two assists for Rangers.

Alfredo Morelos scored the second for the league champions in the second half, before Ryan Sweeney’s own goal sealed the win.

Meanwhile, Calvin Bassey also featured in the game and lasted for 90 minutes.

Rangers are now seven points clear at the top of the Scottish Premiership.

Calvin Bassey won’t rule out playing at AFCON, but admits timing is difficult