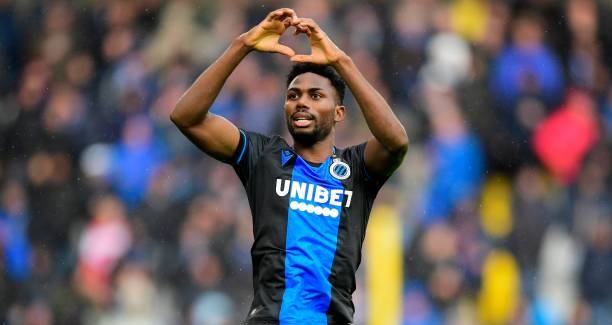 Watford of England attacker, Emmanuel Dennis Bonaventure has been rated very high by his coach, Claudio Ranieri, who posited that the in-form hitman gives 100% effort to the club.

The Italian football tactician declared as much ahead of his side’s mid-week battle with Chelsea in the English Premier League, for which he confessed he would be sad not to have Bonaventure in the game.

Ranieri’s worries are not unfounded, as Bonaventure, who has started four of The Hornets’ last six matches, was cast in doubt for Wednesday’s clash with Chelsea, after copping a knock last weekend.

Watford lost that match 4-2 away to Leicester City, but Bonaventure entered the history book with his fifth goal of the sesson and joined the ilk of players to get that mark and same number of assists in 10 games or more.

The escalating relevance of Bonaventure had also been underscored the previous weekend, when he notched two assists and scored once in a 4-2 demolition of Manchester United at Vicarage Road.

However, megasportsarena.com gathered that he might not be at the same venue when The Hornets line out to face The Blues this Wednesday, much to the chagrin of Ranieri.

Though the former Chelsea and Leicester City gaffer, who won the EPL title with The Foxes in 2016, acknowledged that Bonaventure still has a lot of areas to improve in his game, he is already satisfied with the Nigerian lad’s output.

‘The Tinkerman’ added that he is working on the anxiety, exuberance and other lapses that he has noticed so far in the former Zorya of Ukraine, Club Brugge of Belgium and FC Cologne of Germany attacker.

He concluded with a hint that Bonaventure, who is actually only on a season-long loan deal from Brugge, will get more support and encouragement to settle down and adapt even better to life at Vicarage Road.

Ranieri concluded: “Sometimes he’s too generous. He wants to do everything one hundred percent.

“Sometimes you have to slow and think what is the best solution.

“But, I’m working with him and I’m very, very satisfied; and I’m very sure he can still improve ”

Fulham’s Mitrovic is EFL Player of the Season

Wimbledon scare: I Play Best When I Am Down—Serena Williams.