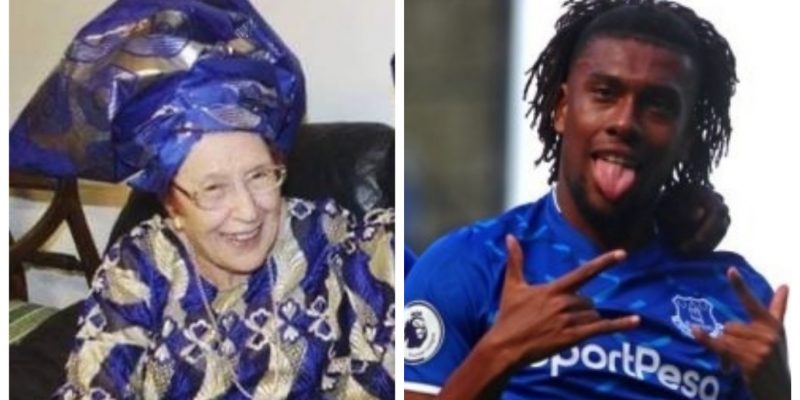 Everton of England midfielder, Akex Iwobi has gained a high level of inspiration from his grandmother’s birthday ahead of his side’s Merseyside derby derby with Liverpool.

Heading into Wednesday’s game st Goodison Park, Iwobi has been motivated with  sweet words from  his father, for him to be at his best in the encounter.

Incidentally, Wednesday’s game comes few hours after Iwobi played 90 minutes of his side’s 1-0 loss to Frank Onyeka’s Brentford Town and he will now aim to go one better against The Reds.

That purpose has now been buoyed by the coincidence of his grandmother’s birthday and encomiums rolling out for her from the former Arsenal star’s dad.

The words of Mr Chuka Iwobi are contained in a philosophical message on social media, while will now spur his son to seek personal and team glory that he would be able to dedicate in honour of his grandmother’s happy day.

Iwobi senior posted:”Happy birthday, mum. You are a shining example to us. We thank God for blessing abd keeping you.

“We wish you many more birthdays in the future. May the Good Lord continue to guide and bless you.”