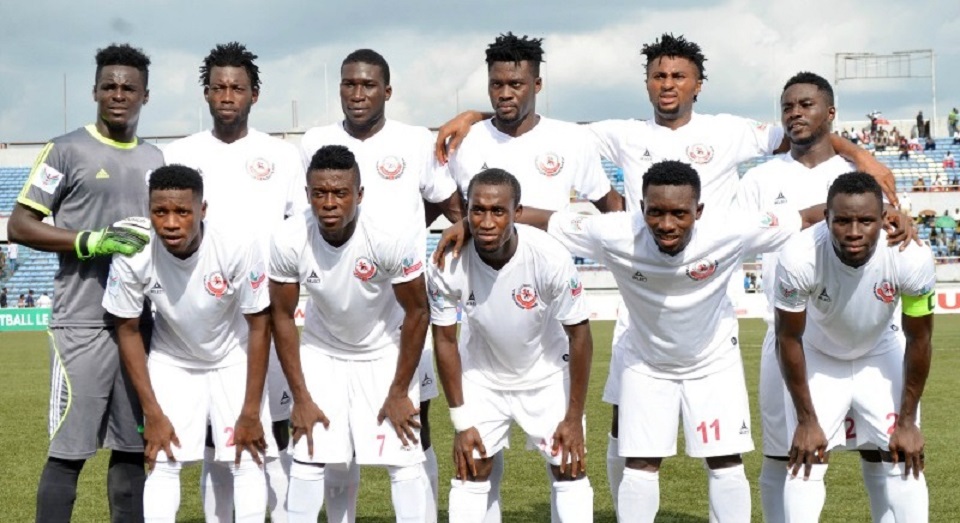 during the 2016 Nigeria Professional Football League match between Rangers v 3SC at Nnamdi Azikwe Stadium on May 8th, 2016 in Enugu © Kabiru Abubakar/Backpagepix

‘Flying Antelopes’, Rangers International F.C has commenced its program for the 2022/2023 football season with the arrival of players retained from last season and the new ones that have signed the dotted lines to defend the club’s colors in the fast approaching season.

Led by the Administrative Secretary of the club, Barrister Ferdinand Ugwuarua, and the Technical Adviser, Coach Abdul Maikaba, the team held a dedication and prayer session at the players’ camp along Nkponkiti Road, Independence Layout, Ogui, Enugu, Wednesday, the team prayed for a successful season laced with trophy celebrations.

In his welcome address, Barrister Ugwuarua thanked God for the journey mercies granted to all the returning players while charging all to come up with their A-game in all departments to ensure that all set targets are achieved at the end of the season.

The team continued its build-up for the season with a body conditioning session at the Rangers Training Pitch with the retained and new players doing their things under the watchful eyes of the coaching crew led by Abdul Maikaba.

Coach Maikaba, in a brief chat, welcomed both old and new players while charging them to be at their best at all times to help the club achieve its set target of ending the season on a high with the league and Aiteo cup trophy in its prime target or a continental ticket in a worst case scenario.

“I welcome all of us to the start of the new season which I believe will be very great for our careers. Last season, we made mistakes that led to our missing our set targets but, it’s my belief that with this assemblage of quality performers that you all are, there will be no stopping us this season. The league, Aiteo cup, and continental ticket placing remain our prime targets this season.”

In a related development, over seventy football players showed up as the club commenced its open screening sessions where the eagle-eyed coaches of the club are on the lookout for talents that could make the cut to join the team being put together for the coming season.